The dispute between H&M e Justin Bieber regarding some items of a collection in his name which, according to the singer, had never received his approval, has been going on for days.

The “offending” collection featured nine items, including oversized T-shirts, multi-colored sweatshirts, hoodies and tote bags. Images of Bieber were printed on some garments, while other selected pieces had the writing of the verse “I miss you more than life” and “WORLD TOUR” on them.

Although the collaborative relationships for merchandise between Justin Bieber and the Swedish fast fashion giant have been frequent for many years, this last time the singer did not hesitate to show his disappointment, immediately addressing his audience on social media with a heavy outburst regarding the matter.

“I didn’t approve any of the merch collection that they put up at H&M… all without my permission and approval. SMH I wouldn’t buy if I were you,” he stated on his Instagram stories, then adding “The H&M MERCH THEY MADE OF ME IS TRASH AND I DIDN’T APPROVE IT DONT BUY IT.” 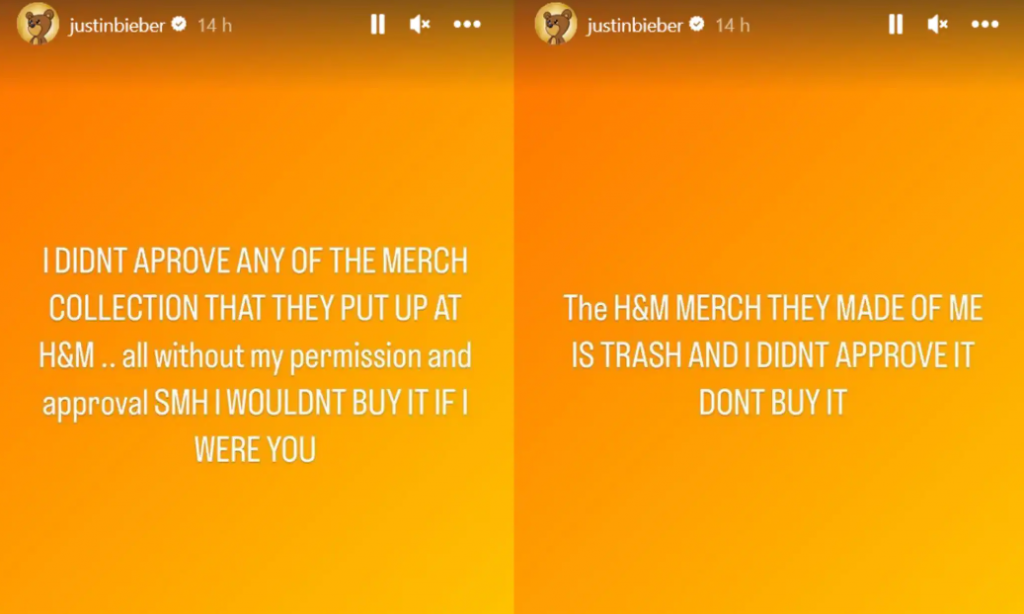 Despite this statement, the fast fashion company had initially decided to leave the items on sale, considering themselves right. In an attempt to appease the controversy and attacks on social media, an H&M representative had in fact declared that “As with all other licensed products and partnerships, H&M has followed the appropriate approval procedures”.

Even if the young singer has not managed to take actual legal action against H&M, the dispute has not found compromise solutions for days.

Recently, however, there have been updates on the case and today the decision of H&M to withdraw this collection of products inspired by Justin Bieber is official, since the pop star continued to claim that he never approved the sale and the product concept itself. 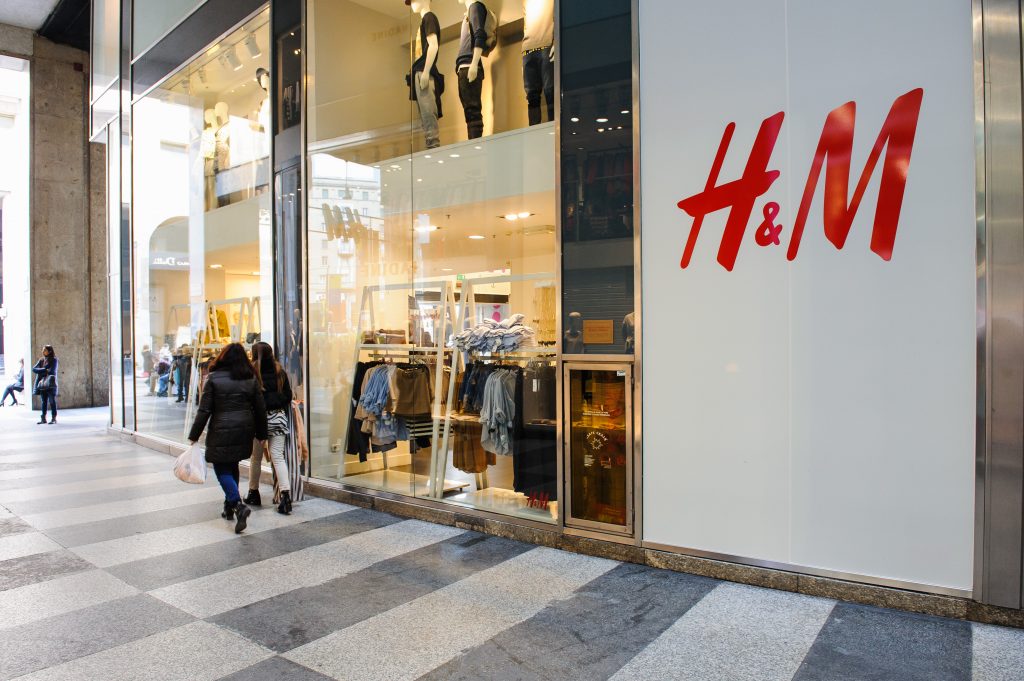 “Justin’s license holder has confirmed that H&M had the right contracts in place and followed all proper approval procedures for each selected design, the retail clothing company said in a statement. “Nevertheless, out of respect for Justin, we have removed the products from our site and stores.”

“We have been Justin Bieber’s merchandise partner since 2016, and we are very proud of the work we have done so far,” H&M concluded.