Almost simultaneously with the announcement of the release date of the Friends reunion, LEGO presented its new set dedicated to the sit-com most famous of the 90s. The Danish company recreated Monica and Rachel’s apartments, Chandler and Joey’s, and the corridor that separated them with 2048 colored bricks.
“Following the success of the LEGO Ideas Central Perk set, we wanted to develop another tribute to this iconic TV show with a focus on the famous apartments. We worked directly from the production photos of the set and watched and reviewed many episodes so that we could capture as many iconic moments as possible. A fun challenge was figuring out how to represent aspects that change throughout the show, which appear in some episodes and not others. I can’t see if the keenest fans will notice them.” Said Anderson Ward Grubb, LEGO Set Designer.
Inside the new set, many details and objects refer to the cult scenes of the series created by David Crane and Marta Kauffman. From the turkey, Monica stuck her head in on Thanksgiving to the canoe Joey and Chandler had furnished their living room with; from Phoebe’sPhoebe’sse to the giant tease device to check if the naked neighbor was still alive; from Mrs. BravermaBraverman’sake to chick and duck.
Prev
Next
The protagonists’ mini-figures cannot be missing, dressed in their most memorable looks. There are all. Rachel with the plaid skirt; Monica in an apron; Joey in Vetements style wearing all of ChandlerChandler’s; Ross with the leather pants; Chandler in a suit and tie; Phoebe with a floral outfit and even Janice with an animalier look and a fuchsia handbag. To make the set even more realistic, LEGO also added lights. 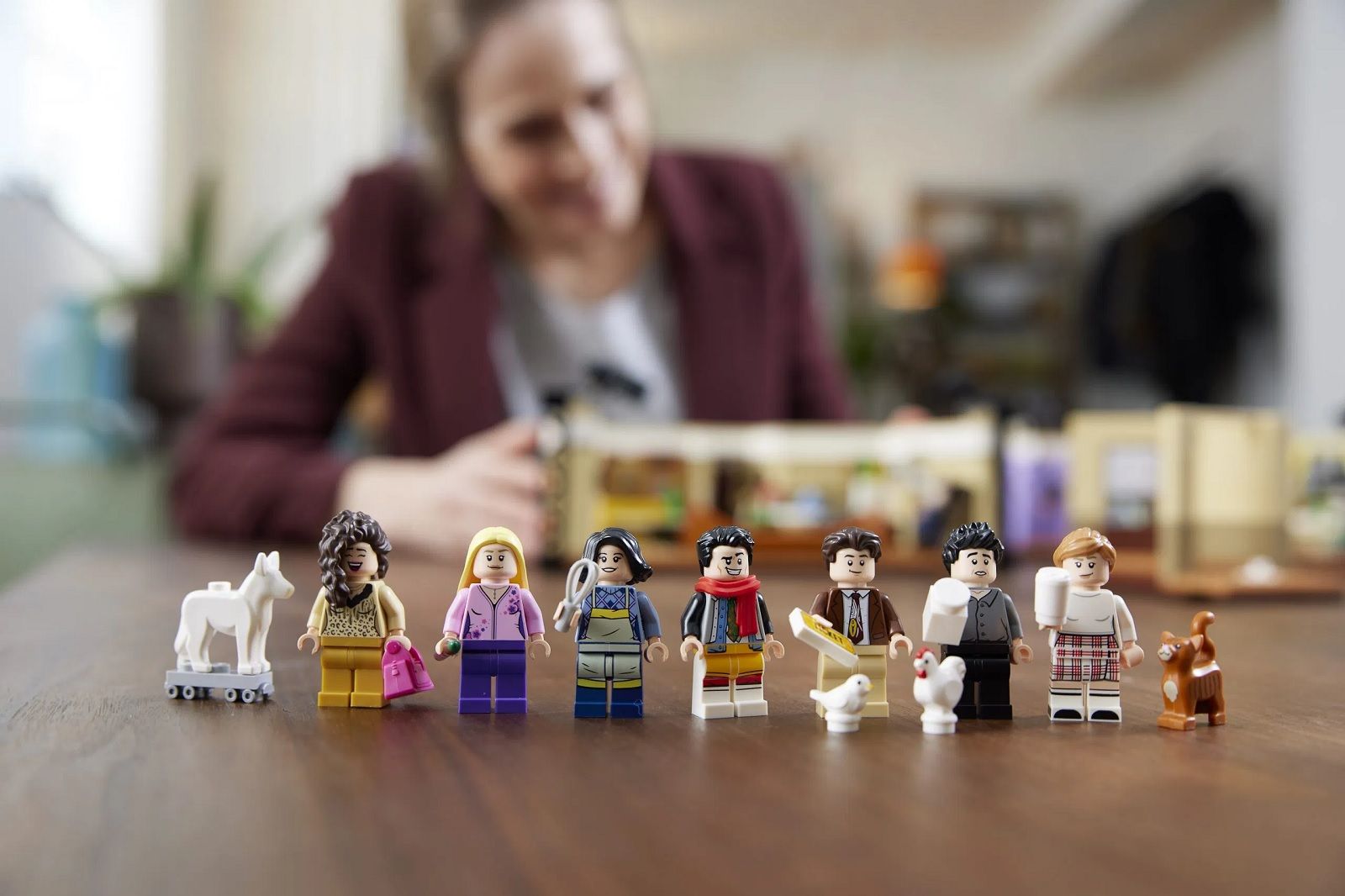 The LEGO FRIENDS apartment set will be available at the brand’s store from June 1 for € 149.99.
Share this
Tags:

After the success of the ZX 8000, Adidas and LEGO