Introduced in 2010, under the wings of Pierpaolo Piccioli and Maria Grazia Chiuri, the Rockstud sandals by Valentino became in the past years on of the brands top accessories. According to The Fashion Law, the sandals generated 152 million dollars only in the period between 2014 and 2019 and were sold out season after season, becoming the protagonists of the FW16 campaign shot by Terry Richardson.

The Rockstud sandals have been copied by many brands during the years and Valentino even tried to register them at the U.S. Patent and Trademark Office. The court decided that the sandals didn’t present enough distinctive elements. According to the solicitor that examined the case, the studs are a purely decorative element that doesn’t indicate the manufacturer. But the lawyers of the brand replied that the extraordinary commercial success of the shoes demonstrated their distinctive design, still the Trademark Office refused their request. 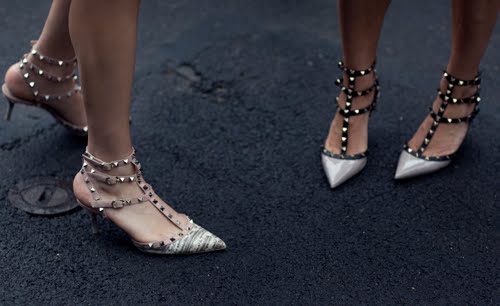 Valentino’s legal representants even wrote a 277 pages response quoting the famous legal battle between Christian Louboutin versus Saint Laurent in 2011 for the use of the red sole in their shoes (that Louboutin won after presenting their adv budget, media cover and sales). In the same legal document, Valentino compared the success of the Louboutin to the Rockstud sandals. The filing is still open to this day.