Neymar just scored a new 25 million euros deal with PUMA that made history. The soccer player recently broke off his 15 years long contract with Nike, that started when he was only 14 years old and that was renewed for 12 million for 11 years. Neymar’s goal to become a symbol for a brand and lend a new deal brought this decision. A few days later came the incredible announcement by PUMA that doubles his previous contract. 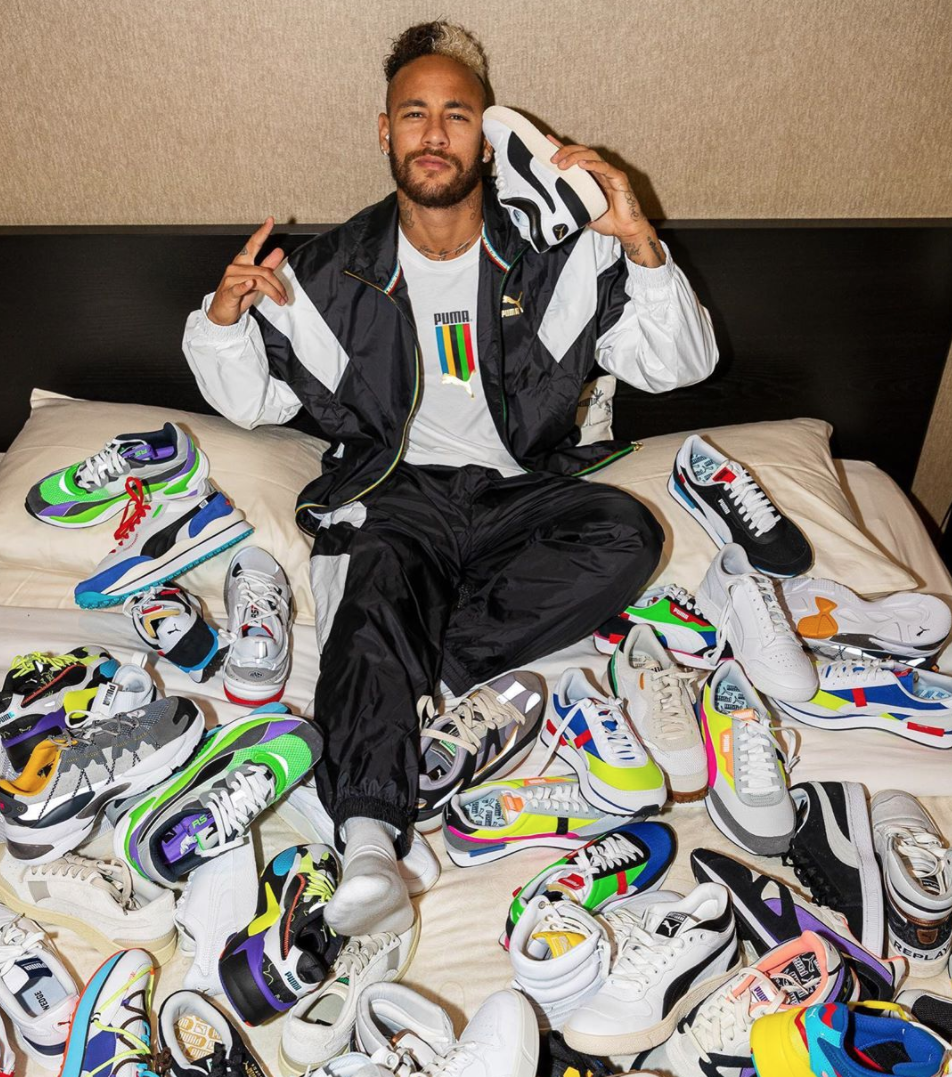 To better understand how huge this is, Balotelli has 5.5 million euros yearly deal with PUMA; Cristiano Ronaldo gets 16.5 million dollars each year by Nike, while Messi gets 19.5 million each season from Adidas. The partnership between PUMA and Neymar started with the right foot, he was the protagonist of a campaign video that reminded the importance of PUMA in soccer’s history and presented a new official logo, a completely new version of the one used with Nike.

I grew up watching videos of great football legends. They were the KINGs of the pitch. KINGs of my sport. This is exactly what I have dreamt of for myself. I want to do it my way. I wish to bring back the legacy that those athletes created on the pitch. I want the KING to reign on the pitch again and inspire generations, as it has inspired mine. This will be my PUMA history. THE KING IS BACK ? @pumafootball @puma #KingIsBack

Neymar’s contract made history and established a new standard for the future. The new contracts of superstars such as Cristiano Ronaldo and Messi will now come closer to Neymar’s, but also open new possibilities for the new generations of international players like Jadon Sancho, Erling Håland or Trent Alexander-Arnold.

The record on Instagram belongs to Juventus. Or at least