Louis Vuitton takes over the second big diamond in the world and continues its assault on the high-end jewelry market.
The French fashion house has recently purchased the “Sewelo” diamond from the Lucara Diamond Corporation, which in the South African language means “rare find”.
The 1758 carat rough diamond was mined last April in Botswana and an agreement has only been reached on the purchase these days which, however, does not yet have a defined price.
An obligatory choice since the real potential of the stone will be revealed only after cutting and polishing and the risk that it may present impurities is concrete if we consider the blackened aspect which can sometimes be an indication of a mediocre quality. A potentially risky bet for Louis Vuitton that would allow the maison to continue its assault on the luxury jewelry market, following the operations of the past months that have seen it engaged in the purchase of the iconic New York jewelry brand, Tiffany & Co, purchased for over $ 16 billion in November. 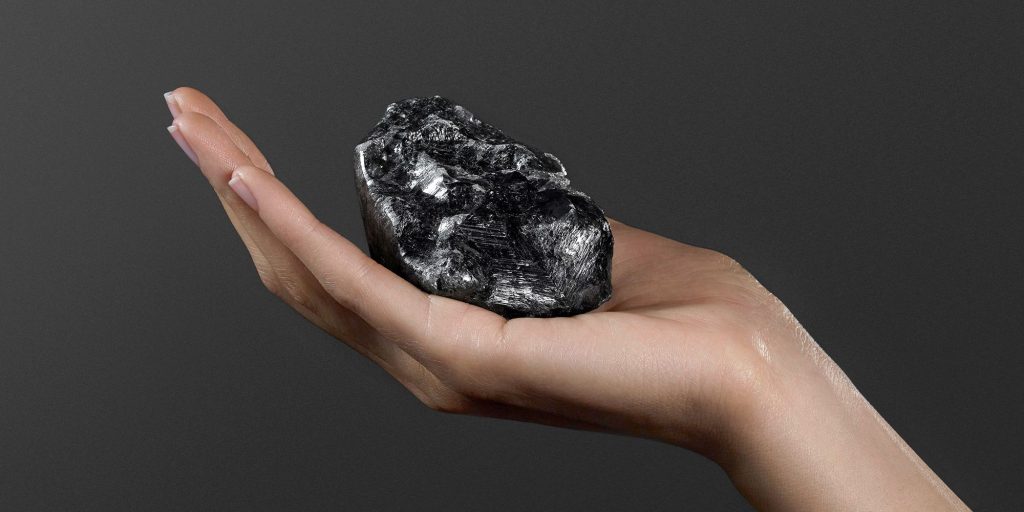 The stone, as big as a tennis ball and weighing over 350 grams, has an estimated value of about 50 million dollars but at the moment the carbon shell that covers it does not allow to determine its composition and any impurities that will inevitably go to determine its cut and, therefore, its value.
An operation that according to Marcel Pruwer, ex-president of the Antwerp Diamond Exchange, few people in the world are able to face and which could take over a year of work through the most modern 3D scanning technologies.
While waiting to discover the real value of the stone, Louis Vuitton will at least be able to gloat with the immense advertising return generated by such a purchase since, in these cases, we speak of prestige and not just wallets.