Katy Perry  is about to become a mom and at the same time to release her highly anticipated fifth album, which is scheduled for release on August 28th.
At the beginning of July, the singer, after releasing the name and cover of the album, announced that the title track would be released as a single the following day.  Smile, (this is the title of the project) should also contain Never Really Over, Harleys in Hawaii and Teary Eyes. 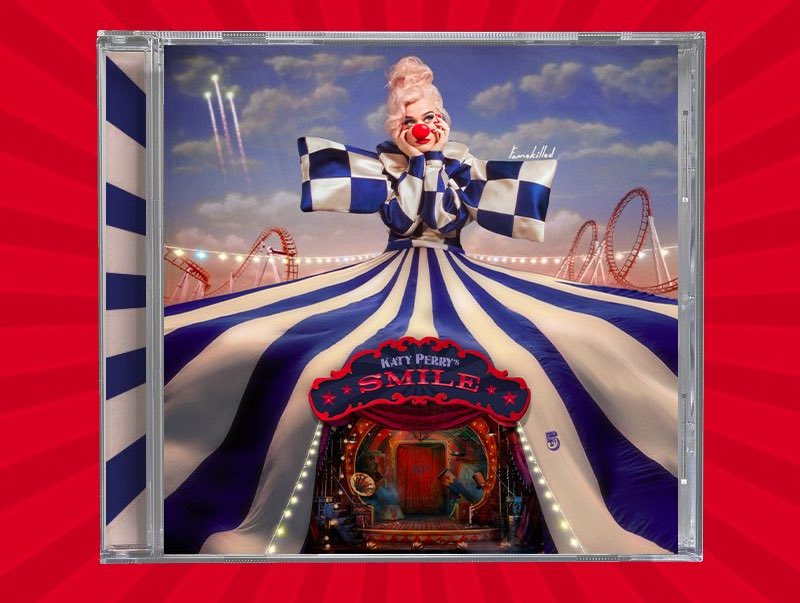 These three songs are the inspiration behind a new clothing collection, already available, from a well-known brand: Shein.  This collection was curated by Katy herself to promote her new album. On August 20 on the official app of the brand, there should be a Q&A with the singer.  The line takes inspiration from the visual and the sounds of the new album. The brand on Instagram said: “ Inspired by the summer rays, dreamy daisies & fun pops of colors, this is a collection you don’t want to miss out on! “.

SMILE, cause you're designed to! ?✨⁠ ⁠ In celebration of @KatyPerry's new album SMILE releasing 8/28 (p.s. you can pre-order starting 8/23!) we've designed this unique collection curated by the Pop Queen herself, just for you! ⁠ ⁠ Inspired by summer rays, dreamy daisies & fun pops of color, this is a collection you don't want to miss out on! ?⁠ ⁠ Shop Now >> http://shein.top/9nv0zdu ⁠ ? P.S. Download the APP for a chance to WIN her album & tune in the SHEIN APP 8/20 @ 7PM PST to meet Katy!⁠ #KatyPerryxSHEIN #KatyPerry #Smile #Popmusic #SummerEdit #SummerFashion

A few days ago, it was a very busy day for the fans of the artist. She dedicated the first “Smile Sunday” to them to announce some news.  As reported by the Instagram page KatyPerryNewsIta, Katy has proposed five alternative versions of the cover of Smile. The official video of Smile track will be released on August 14th and we will also have new music videos of Never Really Over and Harleys in Hawaii.
Katy Perry has revealed that there will be three ballads on the album: What Makes a Woman, Resilient and Only Love.  The artist also confirmed that she wants to go on a tour for Smile next year.  Max Martin collaborated in the production of the album and was a true mentor for her in this new musical project and for the beginning of this new era.

JAY-Z WILL LAUNCH A UNIVERSITY IN NEW YORK