As many of you know, last week, Chanel presented it’s latest Fall/Winter 2019 Haute Fashion Shows. Located at the Grand Palais in Paris, the show had, as always, a “Magnifique” set featuring a luxurious winter ski wonderland theme with an Alpine ski town, piles of snow, smoking chimneys and, of course, the après-ski wear. 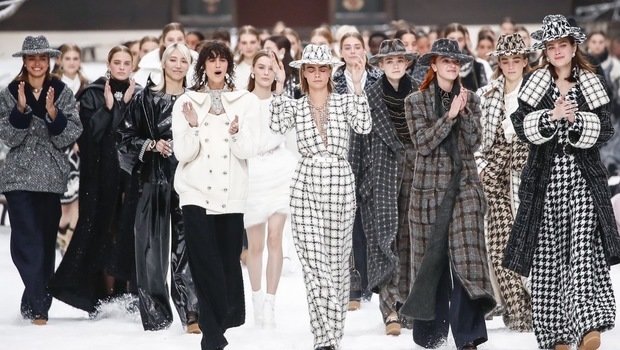 The Fashion Show, although, for it ’s incredible design clothes, had very somber energy because it was a farewell to Karl Lagerfeld final collection. At the finale there were mixed emotions all around; models were broken to tears, there were small smiles from good memories with the past designer, expressions of respect from the spectators and Anna Wintour and Grace Coddington rose to their feet leading the audience for a standing ovation that lasted for minutes. 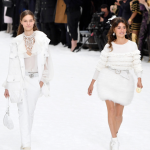 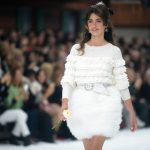 As for the collection in itself, All Karl Lagerfeld’s Muses were all in attendance in the runway, including Cara Delevingne, Adut Akech, and Kaia Gerber. Also, Penélope Cruz, who usually would sit on the front row, appeared walking down the runway, wearing a snowball-like feathery bubble and carried a white rose in honour of Karl.

It was a reminder that the icon was not anymore with us, but it was also a moment that was needed to celebrate his time and his talent. As a pay tribute, on each seat for the audience, there was a drawing by Karl with himself and Coco Chanel and the words: “The beat goes on” and there was a minute of silence to mark the occasion.

Trend Alert: the 2000s Fashion is Coming Back

SCAPA: BRITISH STYLE HAS NEVER BEEN SO GLAMOROUS