The rumors about the return of the designer Phoebe Philo with her new brand are becoming more and more numerous and plausible. The stylist, who has been leading Céline for over a decade and then retiring in 2017, may have decided to reappear with a new project, but timing and modalities are still unknown.
To kick off the hypothesis was nothing less than Anna Wintour, iconic director of Vogue US, who at the beginning of the year said in a vague and casual tone: «I would love to see the comeback on the catwalks, or at least in our lives , of the great Phoebe Philo. But I have absolutely no inside information to say if this will happen. ” Although foresight is certainly one of Wintour’s many unequaled qualities, we are not convinced that she was completely in the dark about everything.
Considered one of the most enigmatic, charismatic and elegant figures that populate the fashion system, Phoebe Philo has demonstrated her greatness during her career years as Céline’s creative director, preceded by an important working past by Chloè alongside Stella McCartney . Her merit consists in having created a real extremely refined and minimalist aesthetic that for a long time has been the emblem of the Céline style. 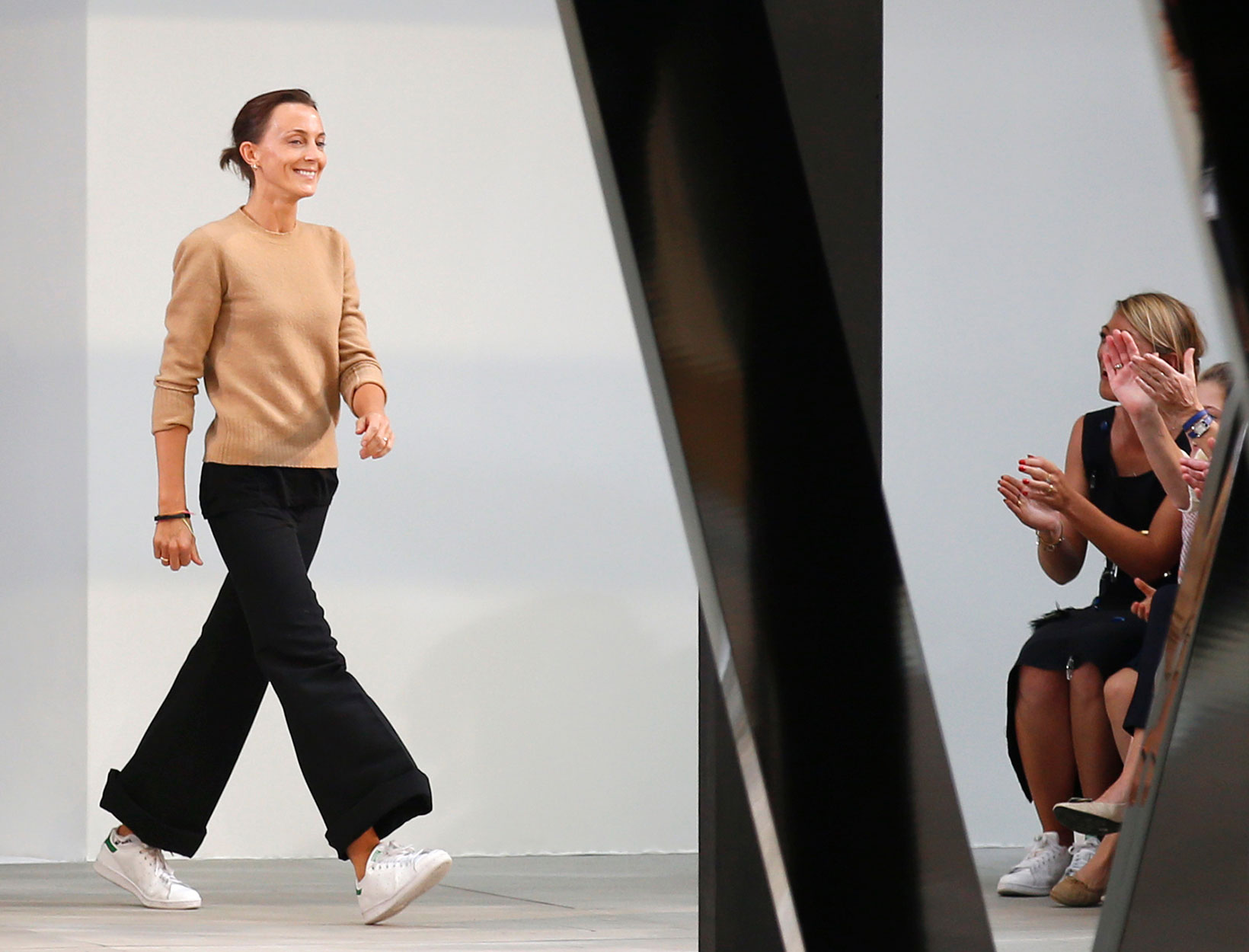 It is therefore not surprising that the choice of the British designer to abandon the brand and to entrust it to the hands and interpretation of Hedi Slimane, has been one of the most contested and shocking decisions in the history of contemporary fashion, so much so as to have generated a phenomenon of nostalgia towards the ex art director of Céline, as shown by the instagram account Old Céline with more than 300 thousand followers.
After two years of silent absence, it seems that Phoebe Philo is finally ready to return to the field with her own brand: according to what reported by WWD she would have already started recruiting designers to create her team. Although the news has not been publicly announced, we know that Johann Rupert, president of Richemont, is funding the project, and that the new brand will have a strong sustainable print.

Phoebe Philo is returning to fashion.⁣ ⁣ WWD reported yesterday that the English designer is planning a new collection and has been interviewing designers. ⁣ ⁣ One of the most acclaimed designers of her generation, Philo made her name during a 10-year tenure at Celine. Season after season, she minted low-key modernist clothing and handbags and built an intensely loyal fan base.⁣ ⁣ Philo said the above quote in an exclusive interview when she joined @celine in 2008. ⁣ ⁣ Report: Miles Socha & Samantha Conti ⁣ ⁣ —⁣ #wwdfashion⁣ #phoebephilo

THE WESTLIGHT BAR IN NEW YORK

From Tik Tok to the new face of Celine’s ADV

In recent years, many young people have used a new