Covid does not stop Kim Jones‘s creative flair. The artistic director of the Dior menswear continues to push for the visibility of the LVMH brand and now calls the American painter Kenny Scharf to the board for the men’s pre-fall 2021 collection. The collection and the partnership will be unveiled on December 8 on dior.com and at the same time in an exclusive event staged in Beijing. 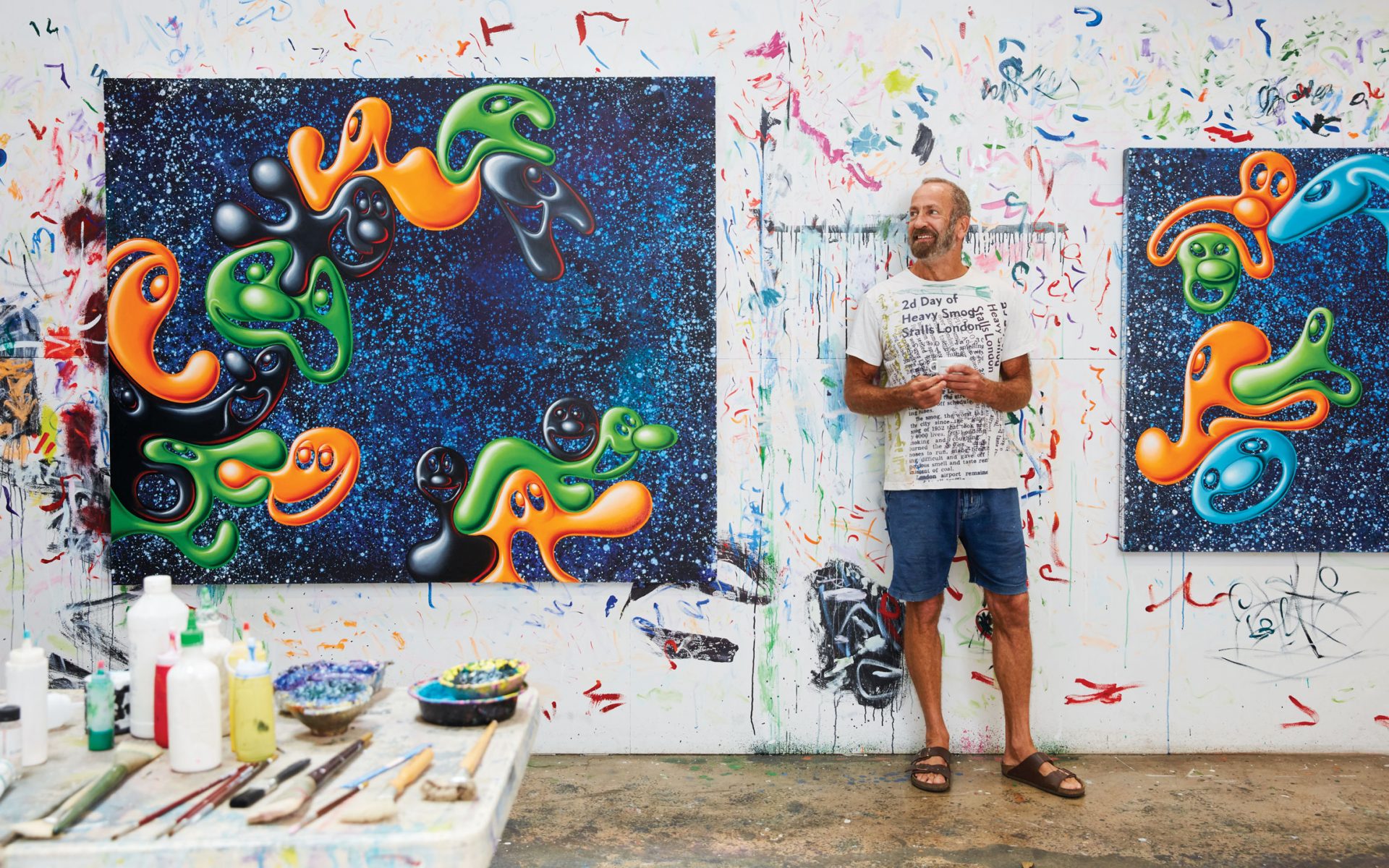 The street-art themed co-lab seems to be just Jones’s latest gimmick to amaze and increase the engagement of the French label, thus he continues to explore pioneering dialogues with personalities from the art’s world. On the other hand, since he joined Dior, Jones has made artistic collaboration part of the design process, exploring influences and cultures, making them inspirational foundations for the lines of the maison.

For example, for the summer of 2021 the designer relied on the Ghanaian painter Amoako Boafo. Colors and graphic motifs characterized his work, halfway between the African and Viennese mood. Previously, for the pre-fall 2019 fashion show, Jones had hired the creative genius of Hajime Sorayama, who for the occasion had created a gigantic installation that personified a robotic woman about 12 meters tall, which was the backdrop to the looks with an imprint futuristic. Another co-lab that appears in Dior’s portfolio is the one with the streetwear brand Stüssy for the pre-fall 2020 men’s show, staged in Miami. But again, Jones for the spring-summer 2020 show had enlisted Daniel Arsham on the board, who had taken care of the scenography, creating monolithic sculptures with neutral colors and which together formed the name of the French house.

Coming back to the partnership with Scharf, the latter represents a key figure in the American underground scene and has become famous along with pillars such as Keith Haring and Jean-Michel Basquiat, designing a universe populated by fantastic, animated creatures and surreal installations. At first glance, his surrealist works, characterized by a psychedelic vortex of imaginative and colorful creatures, appear to be quite distant from the stylistic codes of Dior, which have always been bound by a concept of linear and impeccable tailoring. However Kim Jones has been able to demonstrate his talent in surprising like no other, and therefore we just have to wait.

Kenny Scharf is not a stranger to the fashion scene since he has also collaborated with other brands operating in the sector such as Gap, Levi’s and Zara.

A new fashion house is ready to land on the

Over the past three years, there has been a lot

Kenzo, a brand of the LVMH group, has lost its creative director

After the Milanese store in Piazza Cordusio, Uniqlo would be willing to

THE DEBUT OF KIM JONES FOR CONVERSE

Kim Jones ‘ journey into the street world continues after

THE NEW COLLAB OF NIKE AND KIM JONES

After months of leaks and rumors, Kim Jones has officially