One of the most magical moments in the fashion world has just taken place: the Paris Haute Couture, the show of those dresses that none of us will ever get a chance to wear, unless we get invited to a Red Carpet. The Haute couture seems to be created just to make us dream: it is art, game, inspiration. And also, it is a contribution from the fashion world to the cultural and civil development, the moment when designers actually prove their creative and sartorial skills. Thus, let’s see what the wonderful 2019 Spring-Summer Paris Haute Couture creations brought for us. They brought tulle, organza, chiffon, crochet lace and plumes, all embellishing mobile and essential architectural structures. 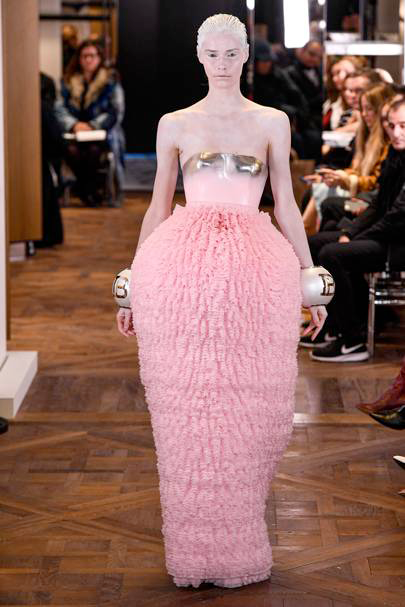 Giambattista Valli created a collection based on shiny details, on fluffy fabrics covered in sequins and trapped in flowers. Tulle here is his main fabric, paired with midi and mostly mini lengths. The colours are magenta, pink and fuchsia, gracefully matched with sidereal white.  Chanel set his dream at the Grand Palais, recreating the garden of that which could be a rich villa in the French Riviera, and reinterpreted, according to such mood, the symbols of the maison: tweed, black and white, which on this occasion was presented on midi Jacqueline Kennedy inspired suits, combined with plumes and delicate pastel colours. For a really charming, rock and stilish effect. There’s a mystery regarding Karl Lagerfeld: the legendary creative director missed the show claiming he was “tired”. 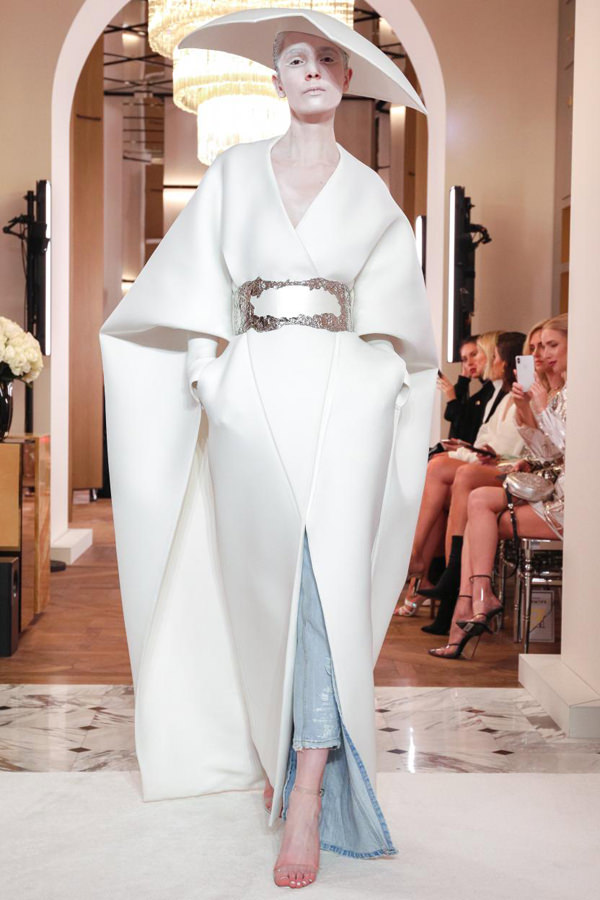 Armani drew his inspiration from the 30’s and from Art Deco: sumptuous red and blue lacquered dresses matched with black, embellished with cloche hats made of beads, silk fringes and ruffles; luxurious jackets in tinted crocodile leather, enriched with embroideries and gems.
Dior’s show was magical too. The french maison was inspired by the world of circuses and abandoned any form of traditionalism in order to experiment: the show is full of acrobats that walk along with the models, who wear make up by Pierrot. Lot of tulle and chiffon, bustiers with fluttering elements, gorgets, Austrian knots, bows, jackets and coats perfect for a lion tamer.

The creative director Maria Grazia Chiuri commented the show saying that the brand’s research aims at finding “balance through madness”.
Wonder is also at the center of Valentino’s collection: Pierpaolo Piccioli created an actual hymn to woman beauty, with flowery patterns and bright colours, voluminous dresses rich of luxurious details. The theme is melting pot, underlined by 43 Afroamerican models, a reflex of the “epochal changes that we have been going through for many years now and that many still can’t accept”:  because there is just one human race.

I can’t help but mention the extreme lashes created by Pat McGrath, probably the most influential make up artist in the world: oversized and full of plumes, they are ready to set a new trend.
The show was ended by Balmain, coming back with style, thanks to a collection rich of complicated patterns, ruffles, plumes, soft colours, ranging from light blue to ancient pink, full of rips and super-fitted waists, pearly skirts, with shades inspired by the hues of the sea.
Share this
Tags:

Streetwear is irony, originality, extraordinary ability to break the established

The summer holiday collection of Pleasing is finally here. Harry

FLOWERY PATTERN IS EVERYWHERE AND IT CAN BE WORN ON ANYTHING

PLAID IS NEXT SEASON’S TREND