The “digitalization” of the Gucci brand continues with a new step in the “virtual” world.  After the last summer experience when the fashion brand presented the augmented reality functionality that allowed users to virtually try on its Ace sneakers, it now adds another piece to its digital world.
In June 2019, consumers will be able to choose a pair of sneakers from the Gucci collection, pointing the phone camera at their feet and viewing an image of their looks sharable via social media, text message, or email. Today the fashion house has announced a new experimental initiative in the Gucci Arcade section of it’s app called Gucci Sneaker Garage. 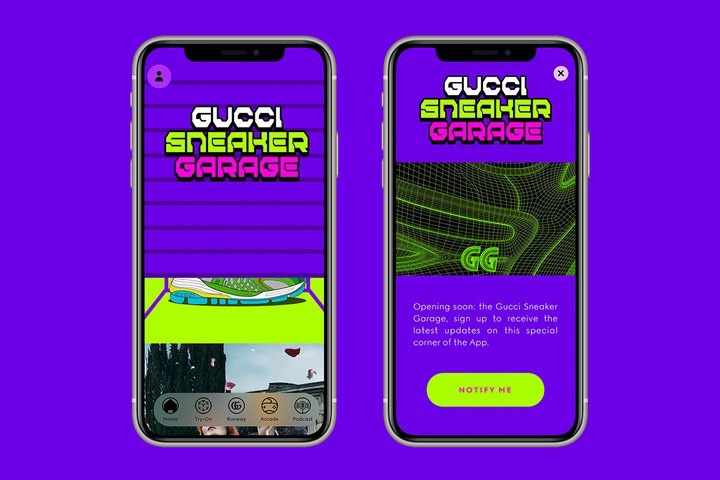 The app will allow users to access a series of tools to modify and design their Gucci shoes based on parts of existing models.  This section will also present the first virtual sneaker designed by creative director Alessandro Michele.  The silhouette can be tried on or combined with virtual characters in augmented reality or in digital environments.
Gucci aims to merge the world of fashion and gaming in this new project.  The brand said: “Through this interactive and avant-garde entertainment, Gucci engages its fans in a new dimension with Maison’s products and codes, allowing users to bring their personal expression into post-physical and unexplored territories’’. The Gucci Sneaker Garage app will be launched in September.