The Dior Cruise 2021 Collection fashion show is scheduled for July 22 in Lecce. A necessary change of date (initially planned for the 9th of May) that however highlights the intentions of the Creative Director of the brand, Maria Grazia Chiuri, to give a message of hope for a better future. After Marrakesch, the city that Chiuri chose for the Cruise 2020 collection, we go back to Italy, at the Duomo’s square of Lecce, which will be the background for the fashion show. There will be no guests, but the show will be live-streamed on the Dior’s digital platforms. 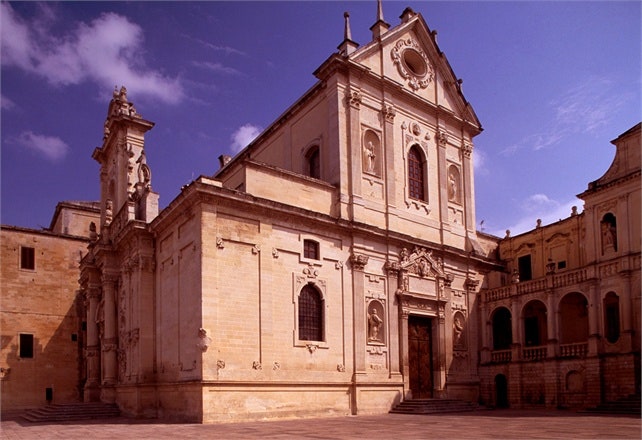 Only the production team will be allowed in, and because it’s Dior we’re talking about, it probably involves a lot of people. The Puglia’s region and the city of Lecce are very proud of this choice: the impact of a similar event will probably increase the local economy. A positive impact especially for the artisan’s culture and the promotion of the region: “From the artisans that worked at the collection, the production of the show and all the work behind the organizations, at least a thousand people were involved,” explains Pietro Beccari, Dior’s CEO.

Chiuri’s father was actually from Puglia, and she’s a huge supporter of the local craft. About the collection, the production process was almost complete before the lockdown, and mix “the Dior aesthetic with the knowledge of the region”. Puglia’s storytelling sees women as the main characters which is something that Chiuri felt very close to her own storytelling.

BALENCIAGA OR KEEPING UP WITH THE KARDASHIANS?

The 1940s chronicles defined Christian Dior as the most superstitious