Inditex, the group that owns Zara, Bershka, Pull & Bear, Stradivarius, Massimo Dutti, and other brands, had already announced it last June. Throughout 2021, it would have closed over 1,200 stores around the world. The group’s plan provides for the closure of smaller stores and areas that are not particularly strategic, favoring large flagship stores in historical bustling centers and regions.

In Europe, closures will amount to around 700 stores this year. One of the first countries where measures have been taken in Spain, where 114 stores are expected to close. Such actions would leave 986 people without a job, not counting the possible closure of 186 outlets in the coming months. According to statements by two of the most influential unions in the country, UGT and CCOO, the fast-fashion giant is not respecting the agreements made.

The agreements signed last December by the two unions and Inditex, as Reuters writes, guaranteed the group workers who were left without a shop to work in relocation to another store. And that he shouldn’t have been more than 25km from his old workplace. However, a report from the UGT union revealed that Inditex’s new positions in 40% of cases were located outside the province where the worker was employed. In some cases from the opposite side of Spain, and still others, even outside the country. Some Barcelona workers have been offered jobs in Santander, a seven-hour drive away. While a worker from Madrid was offered a job in Melilla, an autonomous Spanish province in North Africa. 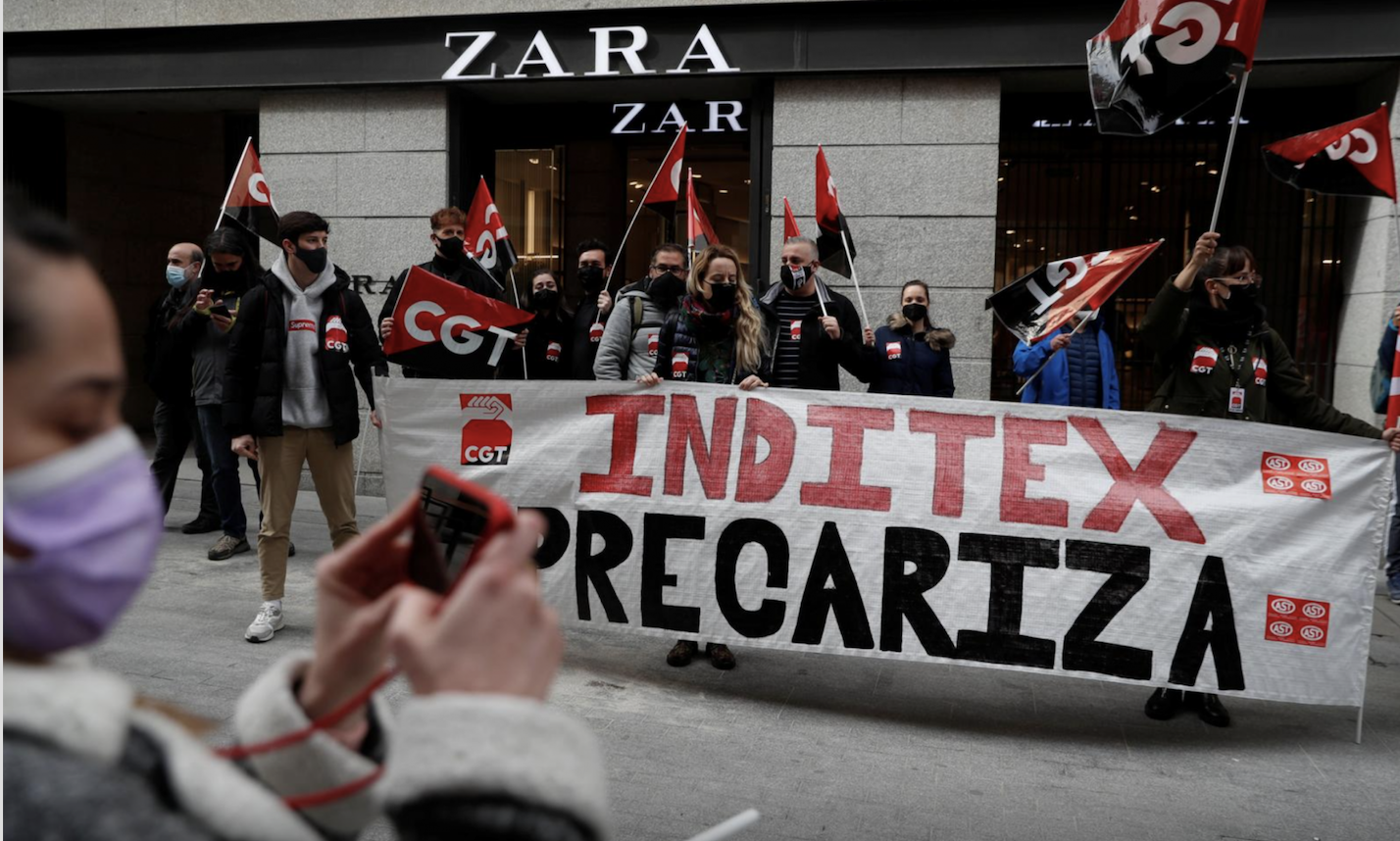 The report says that one in four workers preferred to resign, given the new job’s remoteness. “They are disguised layoffs,“ said Anibal Maestro, CGT secretary for Zara in Madrid. “When you propose these transfers, you are forcing the workers to leave.” Unions continue to claim that Inditex offers redundant workers new jobs far from their previous ones but with altered contracts. Much fewer hours, more shifts in the evening and on weekends. The version reported by Inditex is different, According to reports to Reuters, that would have successfully relocated 75% of workers, reaffirming the goal of preserving all jobs.

Despite a complicated situation and wrong forecasts, the pandemic has not destroyed fast fashion. From 2012 to today, Inditex has expanded its network of stores exponentially, going from 1942 stores to the current 7199. However, the group has made it known that between 2020 and 2022, only 450 new stores will be opened, given the growth in sales online.

Negotiations with trade unions are still taking place throughout Europe, given the imminent closure of hundreds of stores.

In 2019 the Spanish fast-fashion giant debuted in the beauty

The new project involving the restyling of Zara Home is