Virgil Abloh, in addition to being extraordinarily creative, was a man capable of remaining in the hearts of those who knew him and collaborated with him.

After paying tribute to him with the “VIRGIL WAS HERE” fashion show held in Miami last November, Louis Vuitton  has now wanted to remember its creative director with installations located in different parts of the world.

Among these, before the gigantic mural is unveiled in the flagship store of the Maison on 5th Avenue, there is the creation of a special pop-up store at 104 Prince Street in New York City where everything speaks of the spring/summer 2022collection, completed almost entirely by Abloh and characterized by clothing, footwear, and accessories that tell the story of freedom and at the same time distort the codes of luxury menswear, introducing that “street” style that has made the brand even more iconic, bringing it closer to the youngest.

The interiors are characterized by a black and white checkerboard floor, birches that recall the fashion film “Amen Break” setting, decorations with the Damier motif, and multicolor mannequins. Inside there are also some of the designer’s most iconic creations, such as Soft Trunk bags, Millionaire sunglasses, LV Trainer sneakers, and skateboards.

But that of Soho is not the only setting. These days even the boutique via Montenapoleone in  Milan has been decorated with windows inspired by chess and a sculpture of an airplane placed in the courtyard, a recurring element within the designer’s symbolism.

Recently even the way of gamers has paid tribute to the memory of Virgil Abloh. 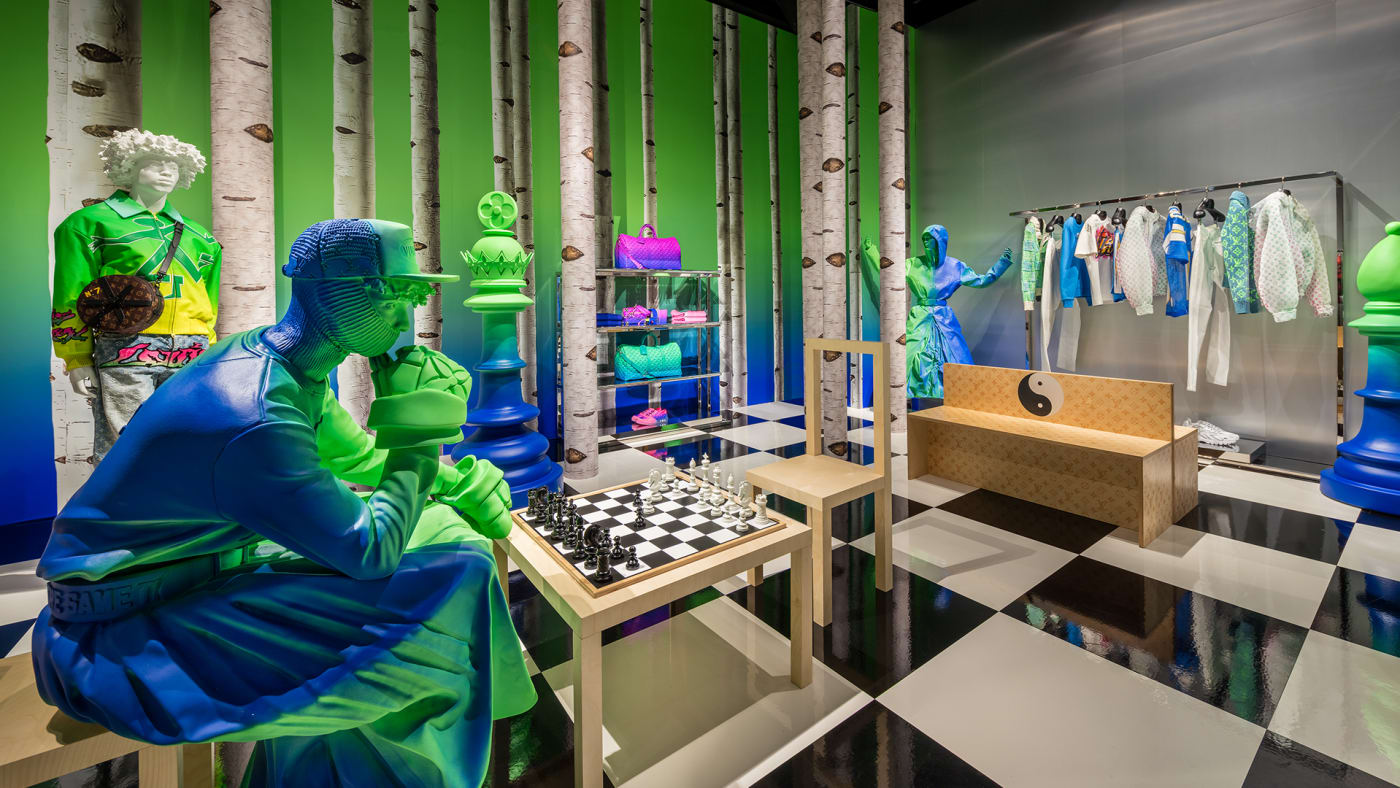