The Chanel Spring/Summer 2021 fashion show was held as always at the Grand Palais, this time no breathless scenography but just the monumental Chanel spelt in giant letters, evoking the iconic Hollywood sign in the Santa Monica mountains. Virginie Viard pays homage to French films and the women which starred in it. 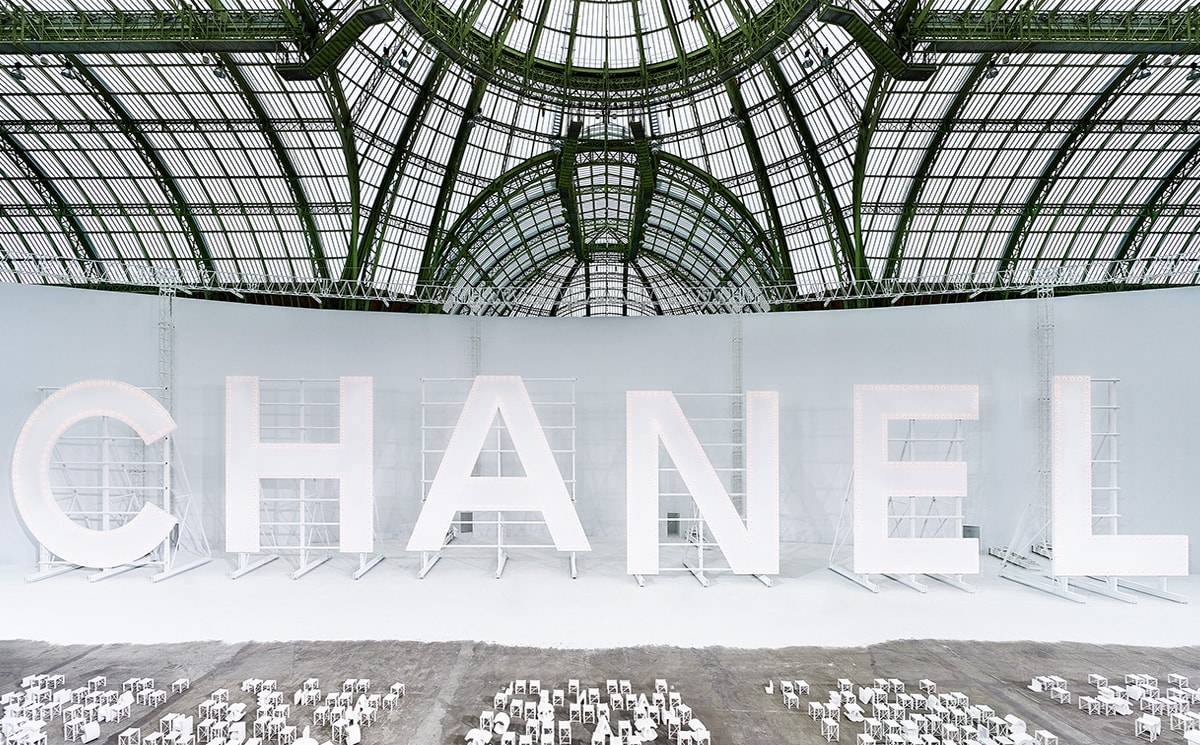 Not the usual fashion show, where the models walk down the runways one after another, but each model choose her own path. A metaphor that encourages women to choose their identity and their journey, highlighted by the looks unique on its own and not necessarily connected. The Chanel woman imagined by Virginie Viard its unique, free and doesn’t follow the trends.

Past and future meet, defining a new grammatic for the brand, which crosses the line between day and night. The finale is full of big-shouldered 1980s-looking Chanel tweeds suits, embroidered with paillettes or white long dresses in which the Chanel lettering is featured. While for a more casual take there are overscaled pale pink cardigan traced with black piping worn as a coat dress with a charm necklace. There were even T-shirts with the old-fashioned countdown to a movie permanently frozen at five seconds. Down the runway walked down even the plus-size model Jill Kortleve while wearing a sporty tube top paired with a pleated cape. 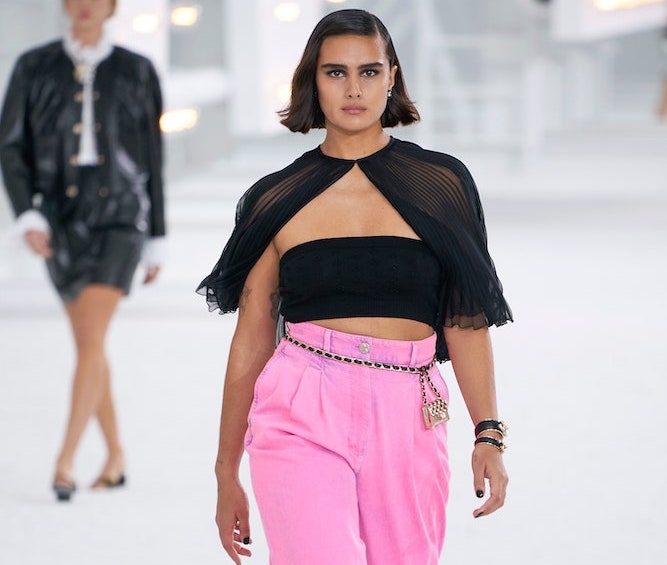 This mix of styles, materials, mood and colours, is accessorized with pearls, chain belts, matelassé bags and charms, emphasizing the creative clash that inspired Virginie for this collection.