The fashion world has never been as enthusiastic and full of life as Sunday morning at 9.30. Thanks to whom? To American rapper and record producer Kanye West. On Sunday morning the artist stole the show from Paris designers with a whole new way of presenting the release of the Yeezy which have now reached the eighth season. Like? With its Sunday Service aided by a gospel choir that has more than 100 members. He brought the world of fashion to the “church”, as he did last year when he went on stage at the Coachella Festival promoting his new way of transmitting love. Spiritual or marketing, it doesn’t matter, Kanye West knows how to steal the show whenever she wants. 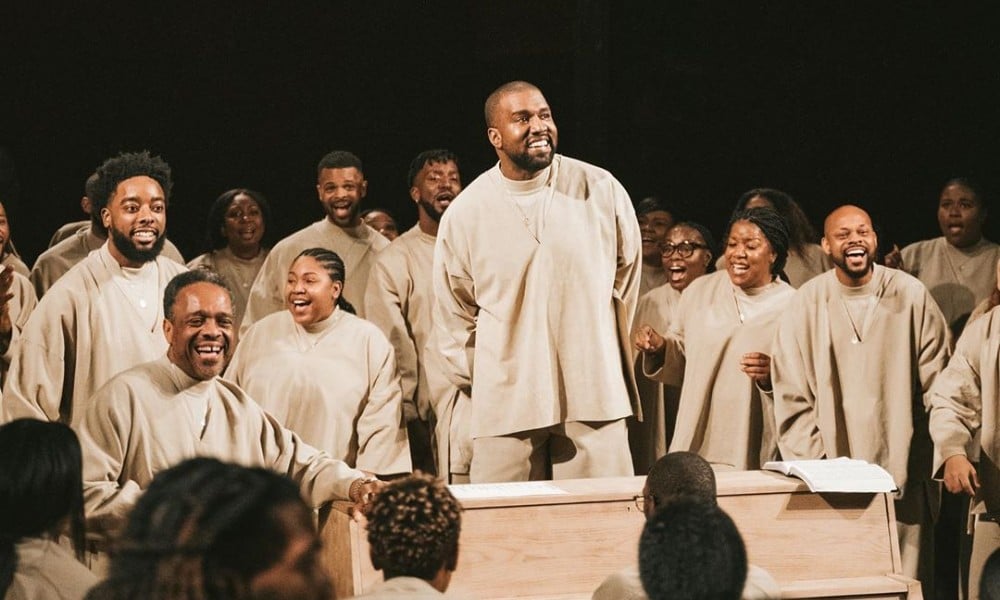 The artist hosted the event at the Theater des Bouffes du Nord, selecting a small number of professionals, with an invitation sent by email 24 hours before. Obviously, the event could not miss Kanye’s wife and muse, Kim Kardashian, who appeared with a latex suit – in line with the colors of the Parisian Sunday Service – from Balmain’s Autumn / Winter 2020 collection. A look combined with that of her sister Kourtney who instead opted for a chocolate brown shade. 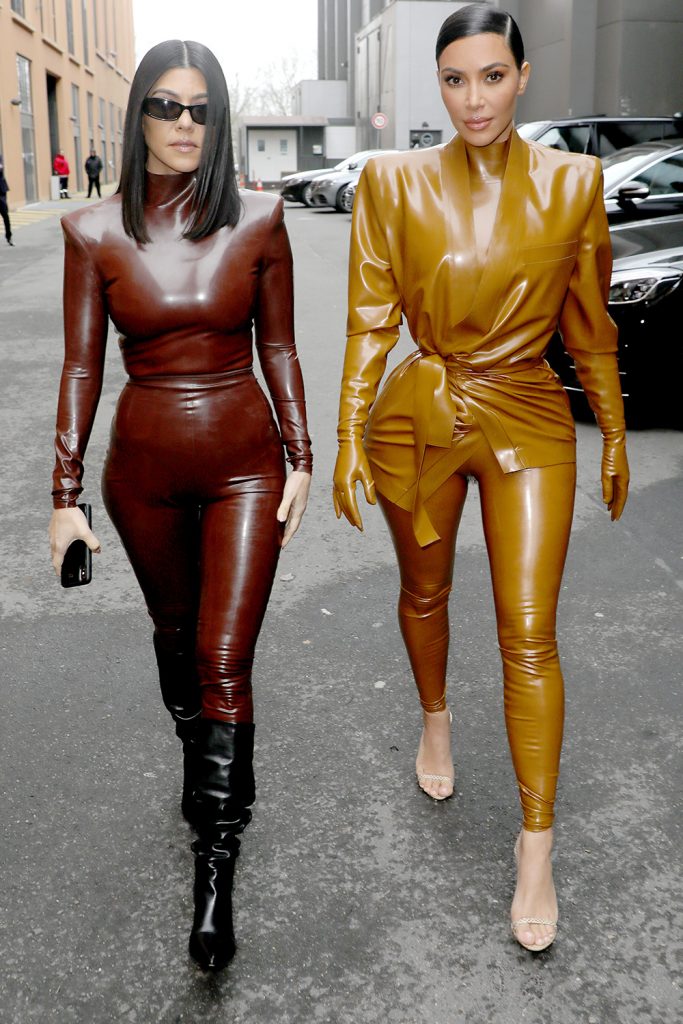 Present guests such as Joan Smalls, Simon Jacquemus, Haider Ackermann and Olivier Rousteing.
As for Kanye West instead, although he has not had a particularly active role in this last Sunday Service, he involved the audience with a performance of the song Father Stretch My Hands Pt. 1 and a “sermon” in which he spoke of the attachment to what is material. A somewhat bold statement considering that for the Sunday Service there is a merchandising line that starts at $ 50 each, the cost of a pair of socks.