When Harry Styles first wore JW Anderson’s now-iconic patchwork cardigan on the Today Show in February 2020, it almost broke the internet. Styles’ fans and TikTok creators clamored to recreate the cardigan, with thousands of handmade replicas popping up across social media.

#HarryStylesCardigan has now appeared on Instagram more than 40 million times. The cardigans created are often uncycled from existing pieces, or DIY-ed from scratch using locally sourced wool. In response to the positive reception for his piece, in July Johnathan Anderson released a detailed pattern for the cardigan to enable fans to better recreate it at home, announcing: “I am so impressed and incredibly humbled by this trend and everyone knitting the cardigan. I really wanted to show our appreciation so we are sharing the pattern with everyone. Keep it up!” You can find these step-by-step instructions here, and to date, the video has about 500,000 views. But the story doesn’t end there… 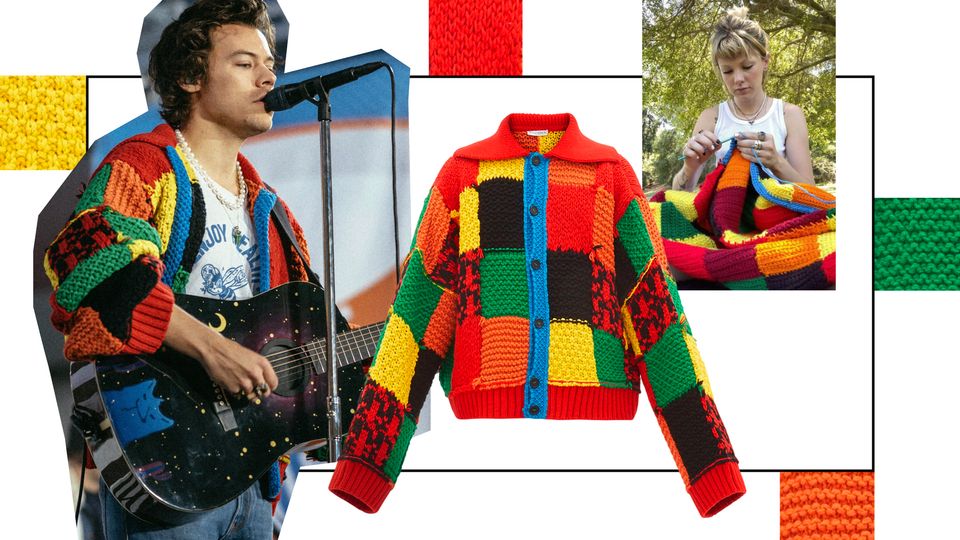 The viral success of the cardigan, the way it has captured the public’s imagination, and of course it’s fine craftmanship, has led the Victoria and Albert Museum in London to purchase the cardigan. They intend to show it in their permanent collection, using it as a symbol of how creative society became during the COVID-19 lockdown period, and also representing society’s increasing focus on eco practices and thinking outside of the box to achieve sustainability. In a statement announcing their delight at having secured the cardigan, the Victoria and Albert museum said: “The response to Styles wearing the cardigan sparked a cultural phenomenon that speaks to the power of creativity and social media in bringing people together in times of extreme adversity, even when we are locked down in our own homes.”

As well as being a key moment for Harry Styles, this is an important accolade for Jonathan Anderson, who in 2019 was named as one of the Trustees of the Victoria and Albert museum. It is a tribute to his creativity as a designer that he has managed to capture the hearts, and the imaginations, of a generation.

The color block patchwork cardigan originally retailed for just over $1,560 (£1,250) but at the time of writing it is no longer available to purchase via the JW Anderson website: If you still want to get hold of one of your own, perhaps it’s time to get those knitting needles out and get creative!

Harry Lambert is the stylist to be the most desired

The skirt has always represented an ideal of femininity. No,