It seems to have gone back to sixty years ago: it is space war again. America and Russia are still fighting each other. The space race this time, however, is played entirely in a movie.. After the announcement that Tom Cruise, in collaboration with Elon Musk and Nasa, would shoot the first fiction film in space, Russia is now looking for its man, indeed its woman, to send into orbit.

The project for the first space film shot (at least in part) on the ISS, International Space Station, was announced in May by NASA administrator Jim Bridenstine. “We need – he wrote on Twitter – popular forms of communication to inspire a new generation of engineers and scientists to turn NASA’s ambitious plans into reality..”. 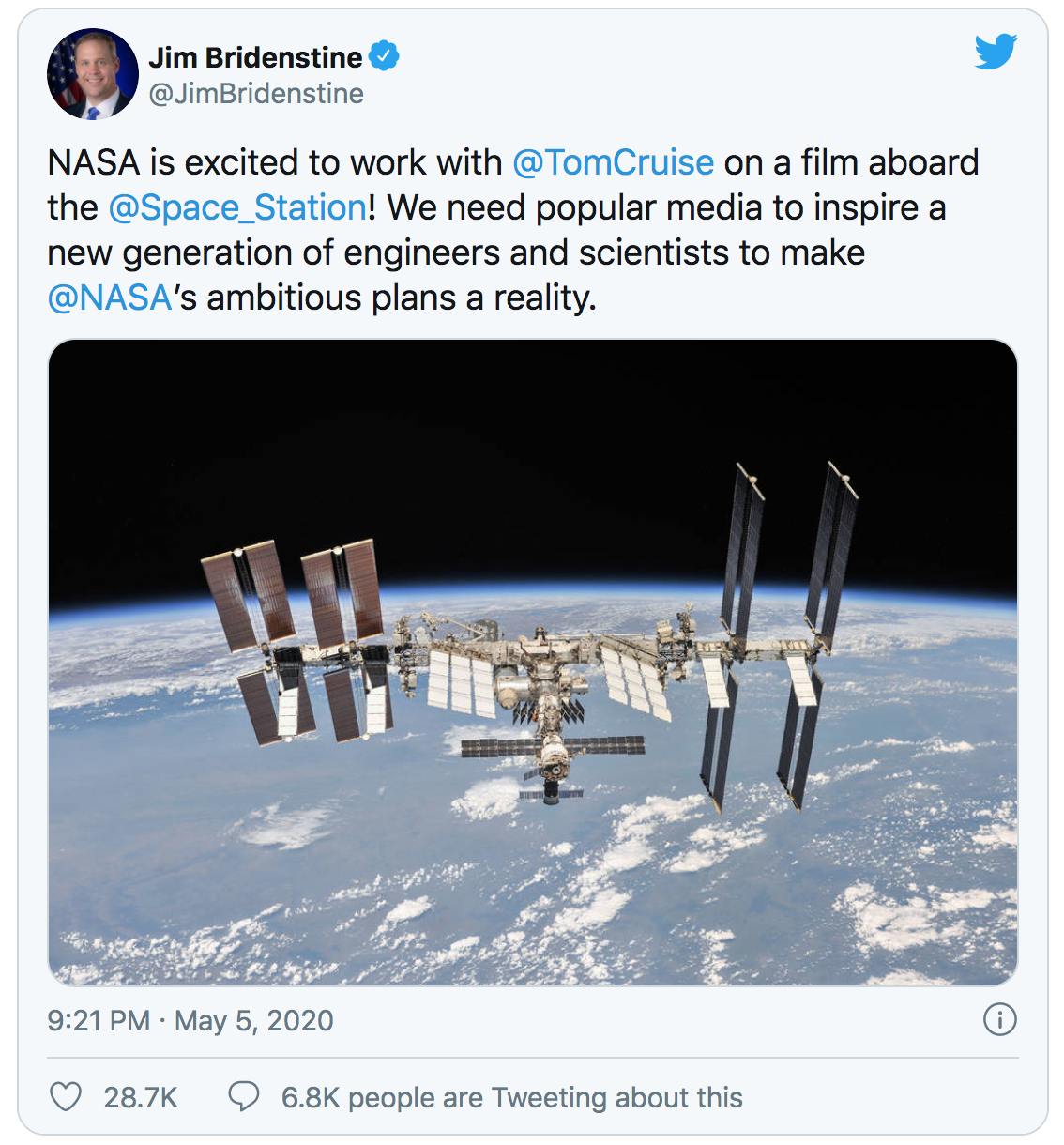 And so this exceptional trio was formed, Tom Cruise, Nasa and Musk ready to let the man of “impossible missions”  take off in October 2021.

A science fiction film which recruits the real Spanish naturalized American astronaut Michael López-Alegría who spent 257 days, 22 hours and 46 minutes in space. The film will be directed by Doug Liman  with whom Cruise has already shot the sci-fi Edge of Tomorrow – Without tomorrow.

Russia, the first nation to have sent a man into orbit cosmonaut Jurij Gagarin in 1961 and the first woman, Valentina Tereshkova, certainly could not remain idle.

Therefore, the most incredible casting, that has ever been put together in the history of cinema, has been launched.

In cooperation with the Russian space agency Roscosmos, Channel One aims to find a female leading role for the film, temporarily entitled Challenge, whose shooting should begin at the International Space Station (ISS) in October 2021.

About features? Not necessarily a ‘ professional actress”, she must be ready in the meantime to “reach the stars and become an international star”. She must be between 25 and 40 years old, 150/180 cm tall, weight 50/70 kilos,  Russian citizenship, no criminal record, but above all  she must “have a chest circumference of 112 cm”.

Finally, she must be able to “run 1km in three and a half minutes or less, swim 800 meters freestyle in 20 minutes and dive off a three-meter springboard with impressive technique”. In the end, two women will be chosen who will be trained: one for the main role and the other as a double. Both will have to get used to the idea of ​​sleeping in an ISS sleeping bag and wash their hair with a few drops of water and no-rinse shampoo. We must recall that it usually takes about six years to train a professional astronaut to go into space, while the entire preparation to enter orbit for the film will be undertaken in less than a year. In short, no Oscar on the shelf but a good physical preparation for what the announcement defines as “a true superhero”.

THE “FAMOSO” CAPSULE OF SFERA EBBASTA

IN VIEW OF A FAREWELL DECISIVE FOR THE GOLDEN GLOBE

Goodbye to the Golden Globe. At least for 2022. The